You know this meme, right? Something similar happened to me once when I unloaded the dishwasher. With the dishwasher’s door opened I also opened a cupboard next to it. I guess nobody has tested to open both things at the same time before.

Everything broke. The mechanism fell into pieces and scattered across the whole kitchen. The door fell on the floor, and some plastic parts broke off.

In spite of appearances after I assessed the damage it turned out that most of the parts just popped out of their mounting. Some of them I easily repaired with some glue.

Unfortunately one part broke too badly and despite many attempts I did not manage to salvage it. 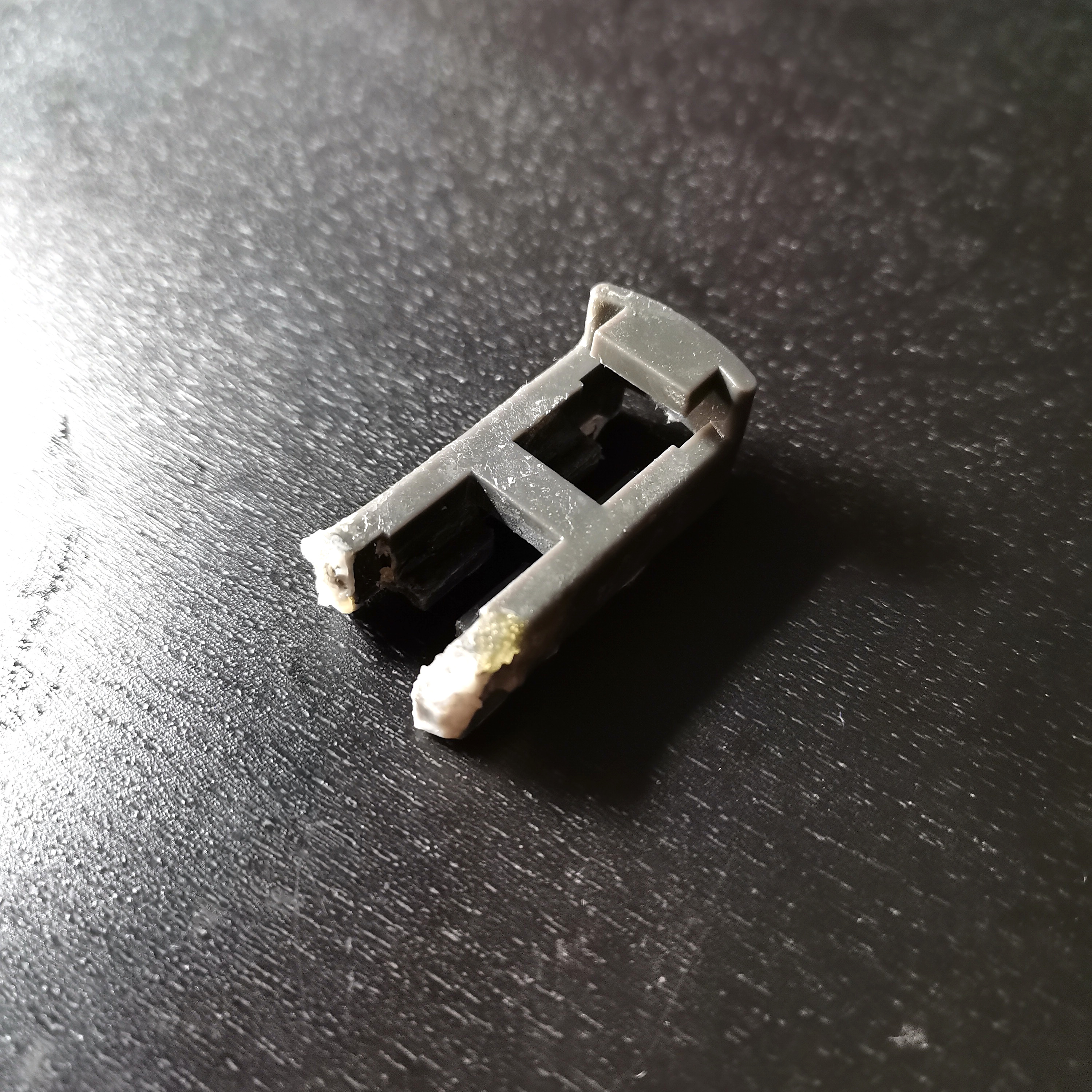 It didn’t break in a clean way, a lot of small debris broke off between the two broken elements. Contact surface between these elements seemed too small, but I still tried my luck with glue. The glue held only for a couple of days possibly due to high temperature conditions.

I gave up and decided that I need a brand-new part as a replacement. My beloved searched the IKEA website for this part but IKEA demanded way too much money for it. I then thought about 3D printing. I had no idea how much it could cost but even if it costed as much as in IKEA, I would at least learn something (and possibly have fun doing it).

My hunt for the easiest 3D modeling software led me to TINKERCAD by AUTODESK. It has very simple but also limited functionality, so I had to strain my brain to draw these curves with basic shapes likes Box or Sphere. 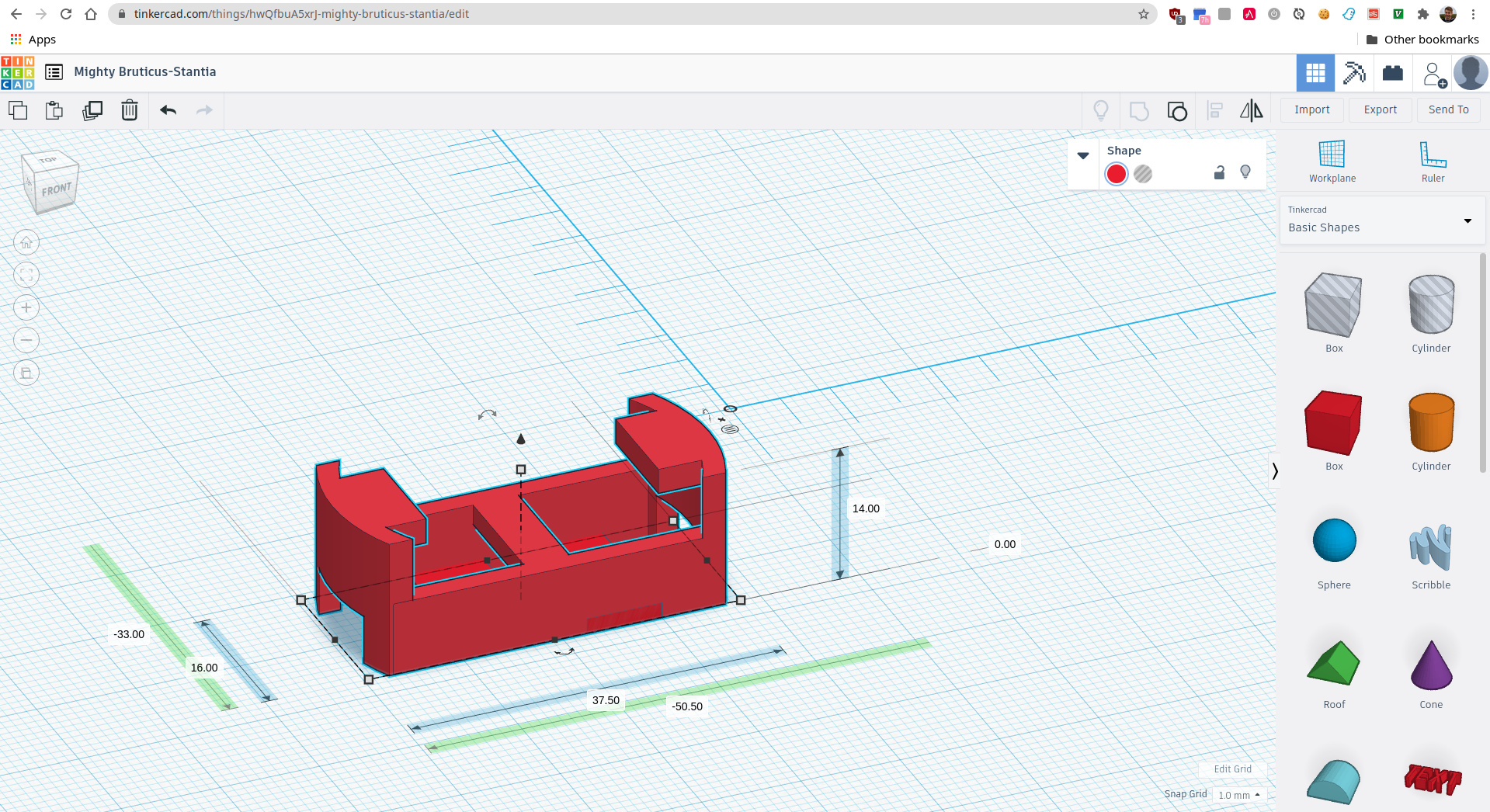 Instead of drawing the curves right away I had to draw some kind of tubes (yellow thing in the screenshot) and then cut them using a lot of boxes. 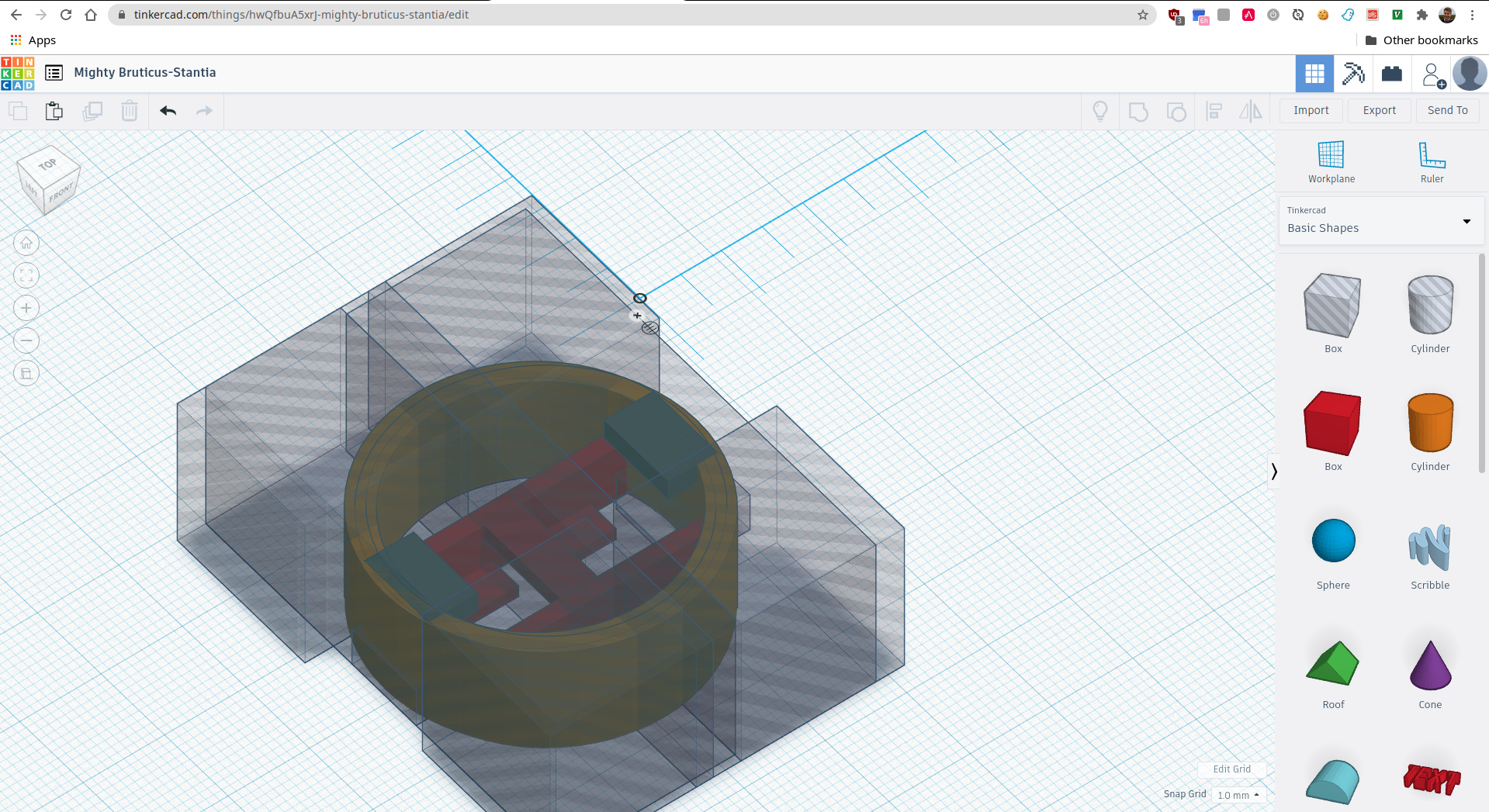 I’ve chosen .STL [1] as an export format. I honestly have no idea how these formats differ but Tinkercad suggested using this format for 3D printing. Plus, downloading in .OBJ format results in getting a zip package so managing one .STL file seems easier. 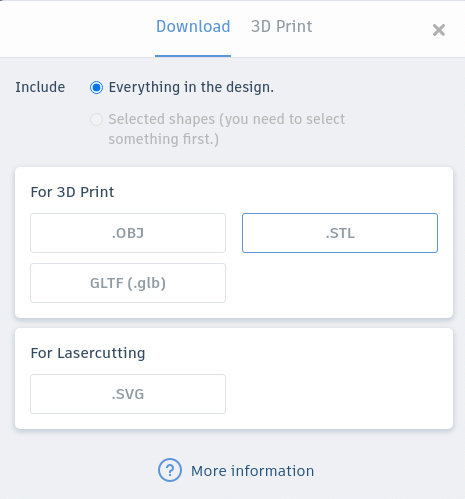 I do not have a 3D printer myself, and I do not plan to, so I had to find some other option.

I searched for a 3D printing service and found 3Dream. They have incredibly beautiful online estimation tool. The tool shows the price instantly and helps with a choice of printing material. Unfortunately they have a minimal price. I’d have to ask for at least 12 units of my part to place an order.

Then I found AJmaker. They demanded twice as much money for the printout and twice as much for the delivery. Considering it, I’d still pay one third of 3Dream's minimal price.

I placed the order there, and a couple of days later I’ve got the package. 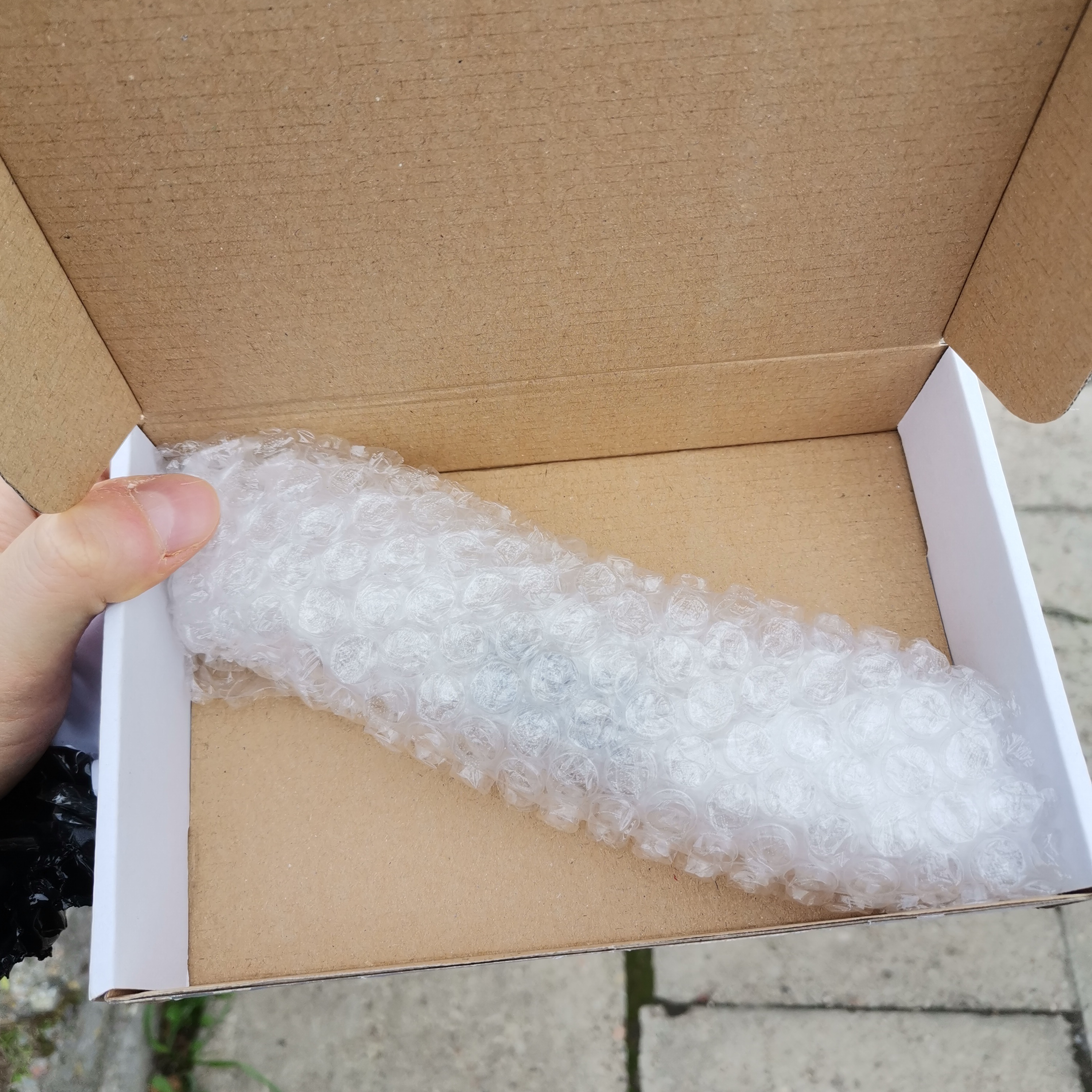 The package contained this one small piece. 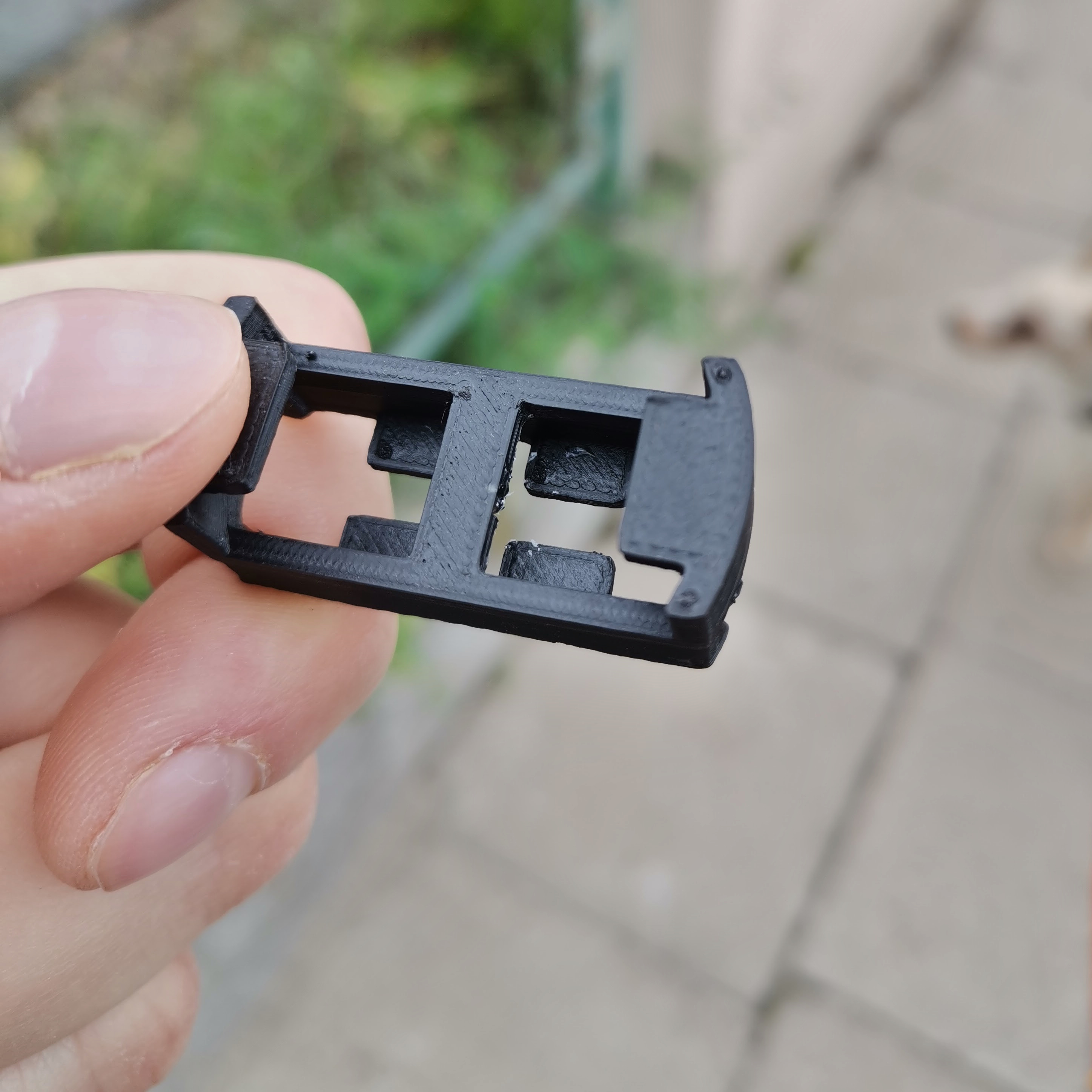 The part feels a bit too loose, but it seems it’ll hold. 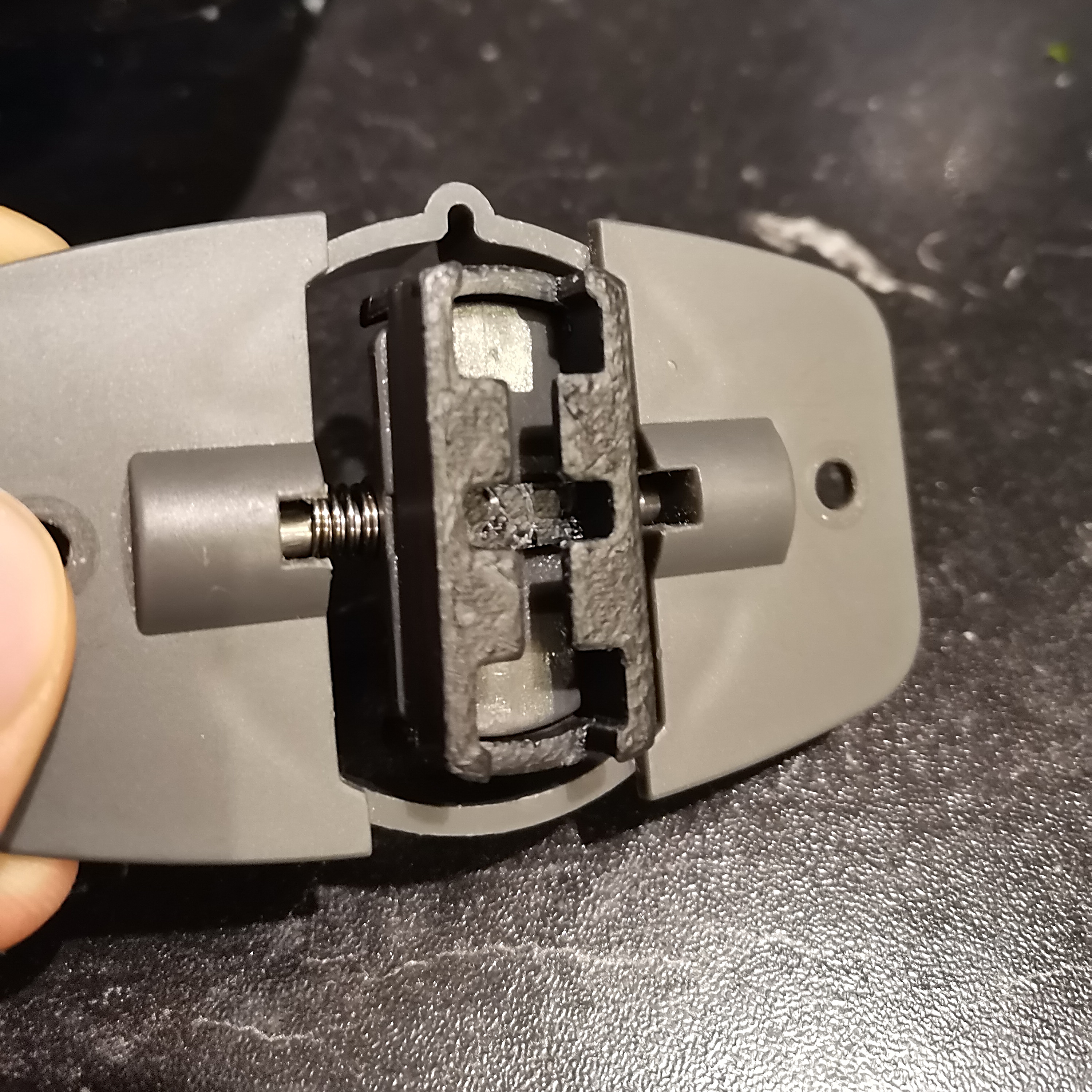 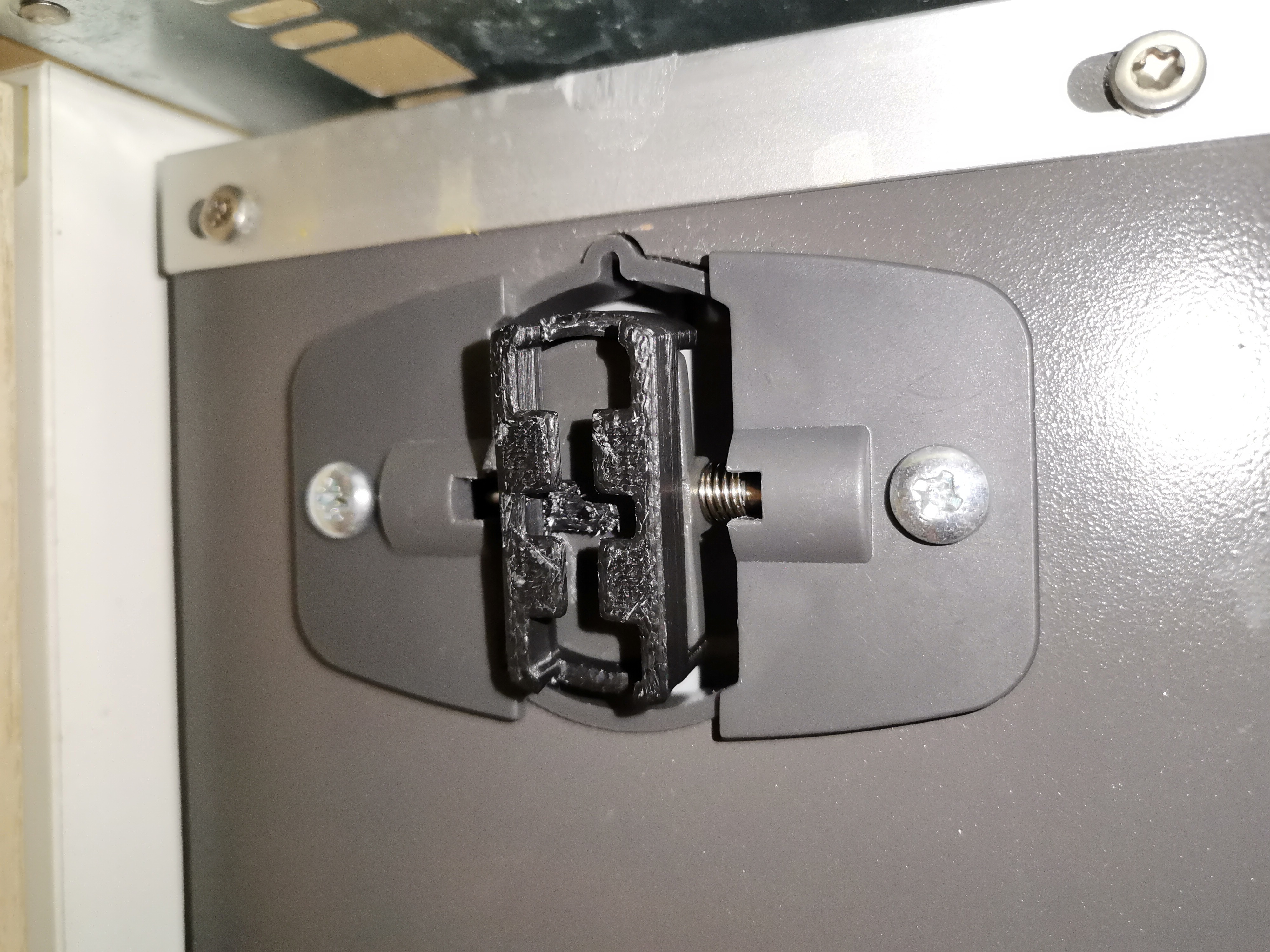 The door doesn’t run perfectly, but it still works mobs better than without it. 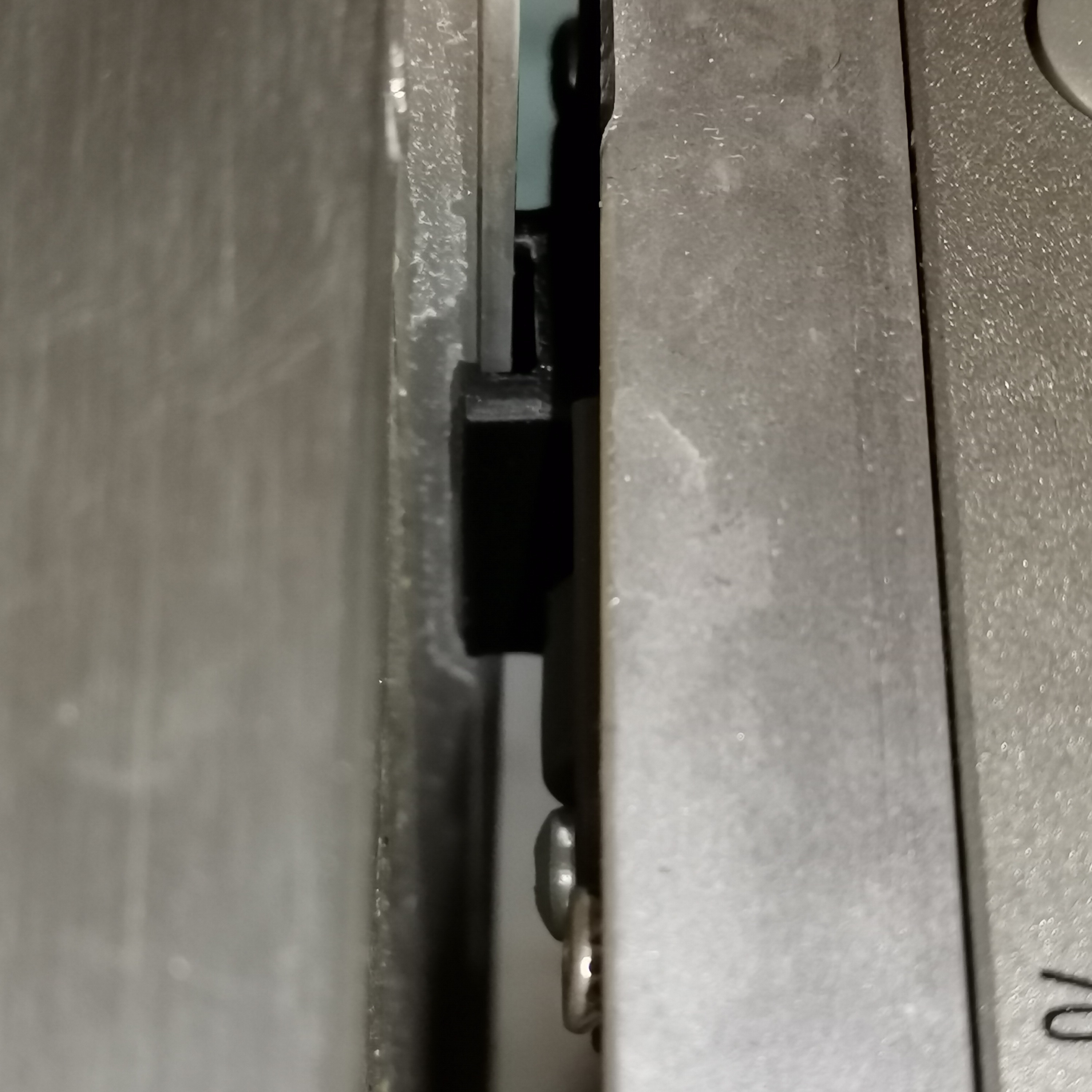 Do not fear playing with 3D printing even if you have no experience. You’ll find it not only enjoyable but also pretty useful when it comes to small repairs!

1. (an abbreviation of "stereolithography") The universal format for 3D Printing. Choose the STL format if you are exporting for 3D printing. STL format format is supported by many other software packages; it is widely used for rapid prototyping, 3D printing and computer-aided manufacturing. Source: Tinkercad Export Filetypes Explained